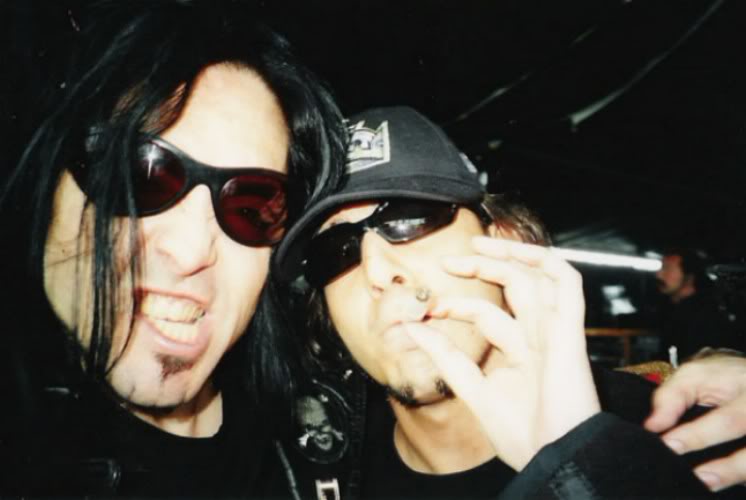 After more than five years of legal disputes, the issue of Casey Chaos' involvement in "B.Y.O.B." has finally been settled.  The issue arose after Casey Chaos, whose real name is Casey Chmielinski, sold a fifty percent share in the song "B.Y.O.B." to Maxwood Music Limited, a UK music publishing company.  Chmielinski claimed he co-wrote the song with Daron Malakian as early as March 2002.  Malakian countered that he didn't work with Chmielinski until September 2002 and that at the time, the song was written by him alone (Serj Tankian later added to the song in 2004).  On or about May 16, 2005 Malakian and Tankian divided up the copyrights to all the songs on Mezmerize and Hypnotize.  They also determined that Malakian would receive eighty percent and Tankian only twenty percent of the royalties from "B.Y.O.B.".  Malakian says he "gifted" Chmielinski two percent of his share of "B.Y.O.B."royalties but did not grant him any credit for writing the song.  When the time came to legally declare the writers of the songs, the royalties information was used and authorship of "B.Y.O.B." was incorrectly declared: Malakian seventy-eight percent, Tankian twenty percent, and Chmielinski two percent.  Months later Malakian saw a guitar magazine that included Chmielinski as a co-writer on the song. On February 16th, 2006 when System Of A Down's attorney instructed their publishing company (Sony/ATV) to correct the mistake, they assumed the band just wanted to keep the information unknown, and made Chmielinski a "silent writer".  Becuase of this, the error remained uncorrected until October 2008.  When Chmielinski first found out about the two percent royalty interest he was excited but in February 2006 he felt that he deserved a higher percentage.  Unbeknownst to Malakian, System Of A Down, or their representatives, Chmielinski sold an equal and undivided fifty percent share in the song on June 2, 2006.  It wasn't until September 2006 that System Of A Down's manager David Benveniste was informed Chmielinski had sold his alleged rights of "B.Y.O.B." to Maxwood Music Limited. 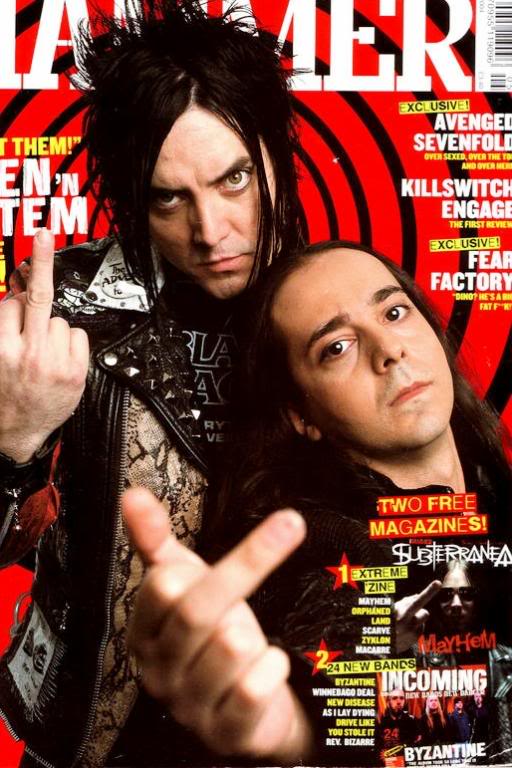 Maxwood Music Limited officially filed a lawsuit on February 21, 2008.  The trial began on November 30, 2009 and included testimony from Malakian and Chmielinski but their memories in part were blurred by "mind-altering substances".   Also called to testify were Tankian, System Of A Down drummer John Dolmayan, and the other person involved with the early recording of the song, drummer Zach Hill.  On the stand Chmielinski had trouble remembering exact dates and even created a possibly fraudulent lyric sheet in an attempt to prove his case.  He was eventually determined to not be credible.  Malakian, Hill, and Tankian all provided similar stories claiming Chmielinski had very little to no involvement with writing the song.

On May 17, 2010, United States District Court Judge Robert W. Sweet concluded that Malakian "presented the most credible and consistentaccount of these issues".  He determined the only similarities between the early version of "B.Y.O.B." and the one that appears on Mezmerize are the guitar intro, the bridge section and the first line of the chorus, all of which were written by Malakian.  The judge ruled that Malkian and Tankian are the sole authors of the song and denied Maxwoods Music Limited's claim of ownership rights.

As a result of Chmielinskit's actions, Malakian has revoked his offer of a two percent royalty interest.  To date, Mezmerize has sold between one and five million copies worldwide, including 800,000 in the first week alone.  The song "B.Y.O.B." is the band's biggest hit of their career reaching as high as number twenty-seven on the Billboard Hot 100 Chart.  It also won a Grammy in 2006 for Best Hard Rock Performance.

Other interesting information revealed during the court case:

For more info on the case, read the document filed by the judge last week.

To judge for yourself, listen to Scars On Broadway's version of "B.Y.O.B." from the Ghetto Blaster Rehearsals in December 2002. (Includes the second half of the song with the unknown jam or instrumental song).

And here are the other named songs from  the Ghetto Blaster Rehearsals in December 2002.

Scars on Broadway - Somebody Get Me A Shotgun (Ghetto Blaster Rehearsals)

Oops, you forgot something.

The words you entered did not match the given text. Please try again.

Reply Truth
12:27 PM on January 10, 2012
There's almost no similarity between the two songs (scars version and soad version); even if he was honest (which I highly doubt), 2% is (too) fair

Reply The Honest Truth
6:42 PM on April 3, 2011
Chmielinski is one of the most honest and reliable people I have ever met. There is no possible way he would lie about this.

Reply The Real Truth
7:12 AM on September 28, 2010
Having been in a band with Karim Chmielinski at the time, I can assure you that this is the right ruling. The guy is a money hungry liar and just generally a shitty human being. Glad to see that Daron won