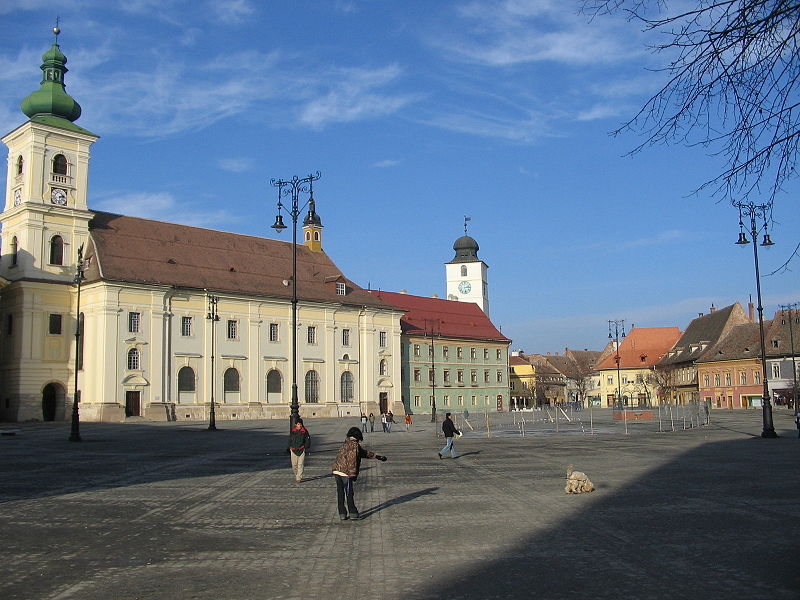 Serj:  I'm Serj Tankian, this is The F.C.C..  It's a privilege and an honor to be-for-for-for a first time in Romania here with you tonight.  Thank you.

Serj: You guys are awesome.  Thank you.  We got eight beautiful classical music players with us on stage tonight.  From Romania.  When the snakes land in the sky.  When the missiles into our eyes.  When the rain is the only thing to look for, and habitat.  The sky will be over.

Serj:  Thank you....artists in the world.  A lot of people that I've met that think they're the shit because they've written a goddamn song.  Fuck them.  But what I think is this: music comes from the universe.  If-if we are lucky enough to be inspired by it and be able to present it and inspire other people by it, we shouldn't be so attached to it.  Music belongs to all of us.  S-it's still distorting.

Praise The Lord And Pass The Ammunition

Serj:  Thank you.  On my right, on guitars, we've got commander M-Mr. Dan Monti.  On my right...I'm serious, I'm not fucking around.  We're gonna disco here.  This is a disco song.  It's all about disco.

Serj:  Thank you.  I think that's the first time we've played it right.  [Laughs]  Thank you.

Serj:  Thank you.  Woo!  Romania, we are coming back to you.  Just tell us and we'll be there.  It's a pris-privilege and an honor to be here with you tonight.  Thank...

"Wow, you guys pronounce my name better than every American I've seen in my life. Thank you! What an amazing place to be! I mean... I got into Romania yesterday and we drove over to Sibiu, watching the sunset... Reminds me of Armenia, my own hometown... There's nothing like Eastern Europe. I think the sun sets different here, if you know what I mean. And then coming into Sibiu, watching all you beautiful people, the hospitality here...", a marturisit Serj cu nostalgie.

"There are a lot of artist, a lot of people that I've met that think they're the s*** because they've written a goddamn song. F*** them! Music comes from the universe. If we're lucky enough to be inspired by and be able to present it and inspire other people by it, we shouldn't be so attached to it! Music belongs to all of us!"

"On one hand are these people who say "praise the lord!" On the other hand they say "pass the f***ing ammunition", don't they? They say "praise the lord!" And they want to pass the f***ing ammunition! Well, we are tired of that kind of hypocrisy in this f***ing world!", a continuat armeanul cu emfaza, prezentand astfel cantecul Praise The Lord And Pass The Ammunition.

"I've noticed this in a lot of countries: when the Soviet Union collapsed, a lot of f***ing people went, grabbed a lot of machinery, closed down the factories, sold everything up and made billions of dollars. I've one thing to say to those people: "f*** you!", a fost introducerea "decisa" a piesei Money, pentru ca atmosfera sa se detensioneze cu prilejul unui cantec nou, Deserving?.

"Before we go, I wanna say one thing: let there be no f***ing walls stopping the people of Romania! (Empty Walls).