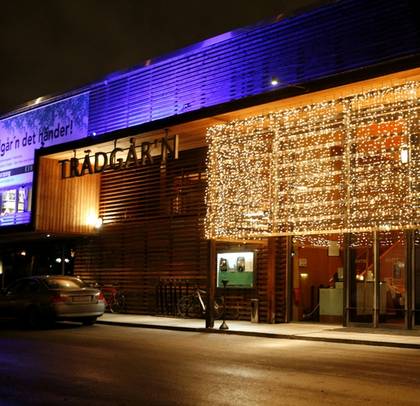 Serj:   ...been changed.  When civilization is actually over, the sky will also be over.

Serj:  Thank you.  [Laughs]  You guys are awesome, thank you.  You're boosting my ego as they say.  Alright, this song is called 'Saving Us'.

Serj:  Years ago I was in Paris and I had this dream.  And in this dream came to me a full song.  Which proves to me psychologically and logically that music comes from the universe not just from the artist and it belongs to all of us.

Serj:  So I got a new song for you.  This-this from my upcoming record called Imperfect Harmonies coming out in September.  This song is called 'Left Of Center'.

Serj:  Thank you. [Laughs]  You know you look across-you look across the political spectrum of the world and you see a lot of nations where, well lets say the educational level is lower than where they should be for a democracy.  And it makes you think, maybe a benel-benevolent dictatorship in some cases would be better than a democracy where a majority of the people are 'The Unthinking Majority'.

Praise The Lord And Pass The Ammunition

Serj:  Now this is the quietest that you will have to be 'cause this is just me and you.

Serj:  Thank you.   I got a brand new one-a new one-a second new one for you tonight.  By the way, this is the first time that we are playing these new songs.  I just realized that.  So Sweden gets the first time.  This song is called 'Yes, It's Genocide'.

Serj:  That's to show you that any metal guy can fucking disco.