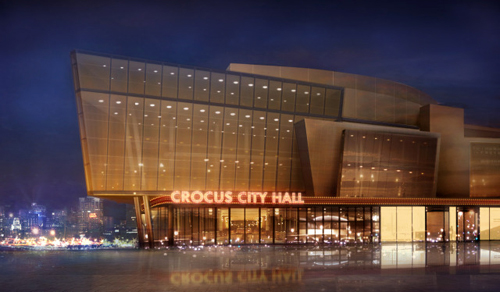 Feed Us
Borders Are (Poem)
Serj: Borders surround.  Borders bound.  Borders marginalized.  Borders frame.  Borders divide.  Borders kill. Borders are the ultimate man made wall separating and differentiating us beyond our cultures, beyond our beliefs.  Borders are subjective, unnatural lines drawn by humans delineating land, water, and air.  If borders were natural, other animals, in fact all beings would be bound by them.  Indigenous cultures never recognized borders.  Cognizant of the fact that the land owns us and not the other way around.  Borders lead to war, occupation, bigotry, and even genocide.  Worst of all, borders are a deceptive yet constant reinforcement of the notion that we are alone.  Separate from each other and all things around us.  The multi-layered borders of our lives stratify separation in its undignified definition.  There are people dying in Kashmir due to border disputes.  Shots are fired daily between North and South Korea.  The Berlin wall separated the German people for a half a century.  Israel and Palestine continue to endure conflict.  Modern day Turkey felt it had to carry out genocide to protect its borders.  Their borders, their borders.  Borders represent the foundation of civilization, expansionism, abuse of capitalism, and presumptive occupation.  Floods don't recognize borders.  Earthquakes don't recognize borders.  Diseases, famine, drought, don't recognize borders.  There is no reason why we should either.  ????? ????? ????? [In Russian].  It's an honor and privilege for us to be here tonight.  Thank you for coming.  We're completing honored to be playing with the uh, Symphony Orchestra Globalis.  So have a great time.
Blue
Sky Is Over
Serj:  Symphony Orchestra Globalis.  Conductor, Anton Shobarov.  Principle violinist, Sergei Vinakorov.  Amazing.  You too.
Lie Lie Lie
Money
Baby
Serj:  First violin, Ser-Sergei Vinakorov.  This next song is a song I'm gonna play for you one on one.
Gate 21
Serj: Thank you.  This is a brand new song from my next record called "Peace Be Revenged".
Peace Be Revenged
Serj:  Thank you.  On piano, Mr. Erwin Khackikian.  From The F.C.C..   And on guitar Mr. Dan Monti from The F.C.C. as well.  Thank you.
The Charade
Serj:  Thank you.  ?????.
Honking Antelope
Saving Us
Serj: ?????.  Thank you. Wait, I want to see the crowd.  Put the light on the audience.  Can we put the light on the audience?  How do you say that in Russia?  [Laughs]  Look at you.  Upstairs too, upstairs.  Balcony, balcony.  Whooo!  Look at you people.  Beautiful, thank you.  Thanks for being here tonight.  You guys are beautiful.  Thanks.  This song is called "Elect The Dead".
Elect The Dead
Serj: Thank you.  Uh, this is a new song as well.  Uh, just so you know, we-we're playing two new songs from my new record, but they're in orchestral arrangement.  The record will be a lot of different things: electronic, orchestral, jazz, rock, a lot of crazy stuff.  So this s-this song is called "Disowned".
Disowned Inc.
Serj: Thank you.  ?????.  That was beautiful.  Good job. [Laughs]  Beautiful.
Falling Stars
Serj: One more time for the Symphony Orchestra Globalis.  Moscow's own.  Well its been a pleasure being here tonight.  Thank you guys very much.  And uh, we'll be back soon, whenever you wanna-you guys wanna have us, we'll be back.  Thank you very much.  This song's called Beethoven's boop.
Beethoven's Cunt
Serj:  ?????.  ?????.  Thank you.  It's a pleasure to be here, thank you. Yi-yi-yi.  Alright.  What are we gonna blast you with right now.
Empty Walls
Serj: Break all the fucking walls!  Thank you.  Globalis. 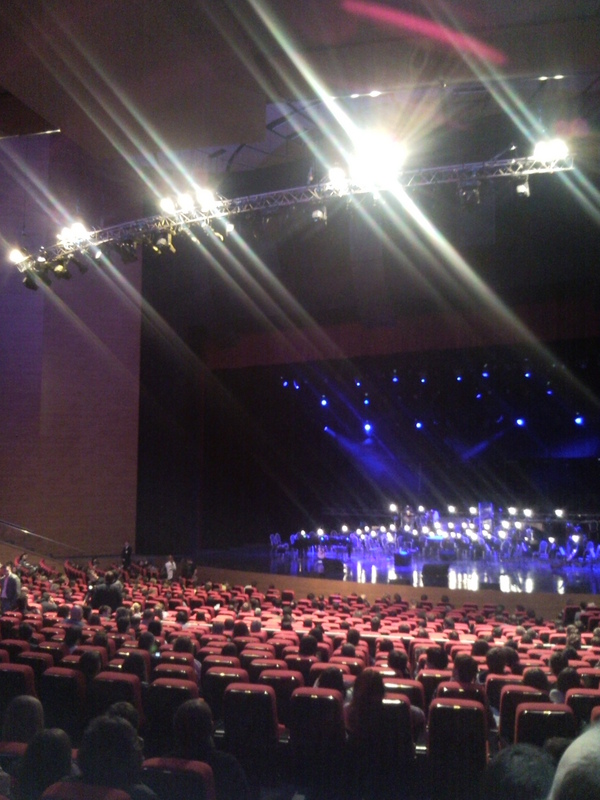 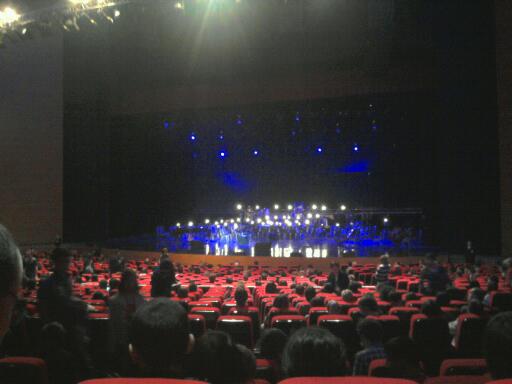 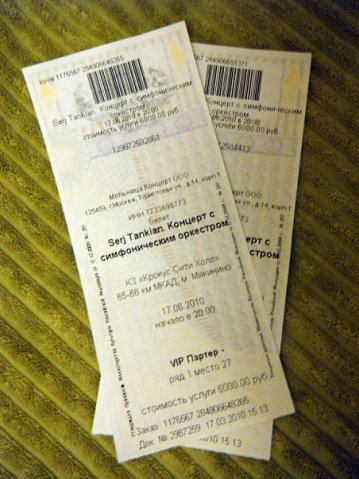 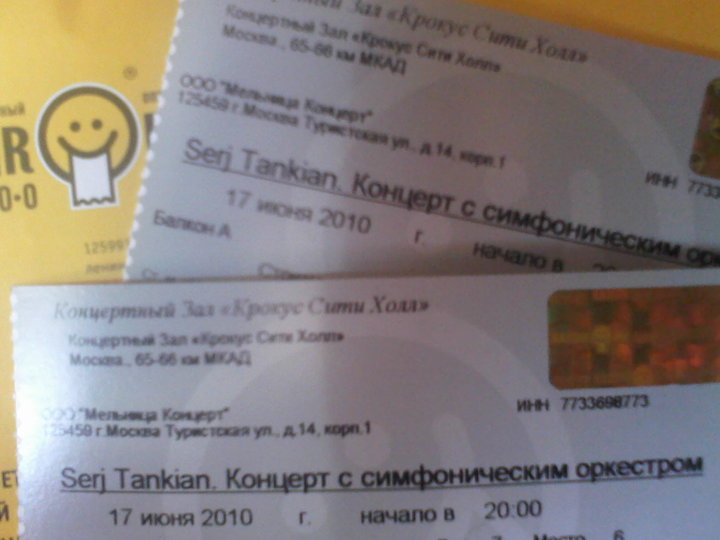