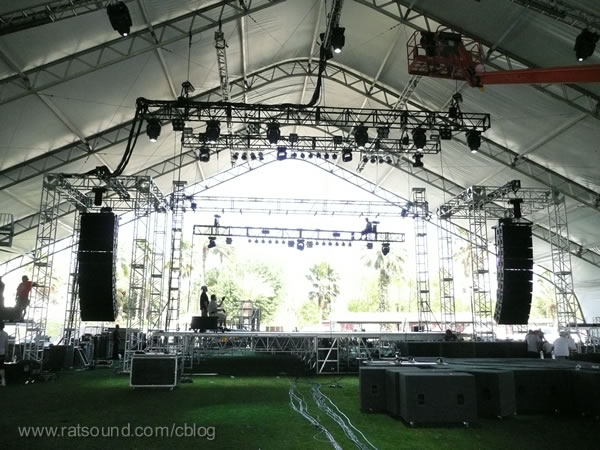 Transcript:
Exploding/Reloading
Daron:  What's up motherfuckers?  We're Scars On Broadway.  Shut up!
Stoner Hate
World Long Gone
Daron:  How you people feelin'?  It's hot as a motherfucker here at Coachella.  But we want you people to be with us.  And dance with us.
Enemy
Scars On Broadway
Whoring Streets
Kill Each Other/Live Forever
Chemicals
Universe
Cute Machines
Daron:  They say the world's about to end.  I say, fuck it!  Let it end.  We all deserve to die!
They Say
Daron:  Thank you, we're Scars On Broadway.